Leaked Results Of The Shattawale VS Stonebwoy Clash At Asaase FM

Fans are so happy that the popular two dancehall artists, Shattawale and Stonebwoy have smoked the peace pipe. It is all about happiness and enthusiasm when the duo are seen having fun together.

Recently, information reached us that Shattawale and Stonebwoy gained a contract deal with Asaase FM which even called for some misunderstandings between the duo and Samini.

According to the contract, the two artists were to engage in a lyrical clash which happened yesterday at Asaase FM’s premises. 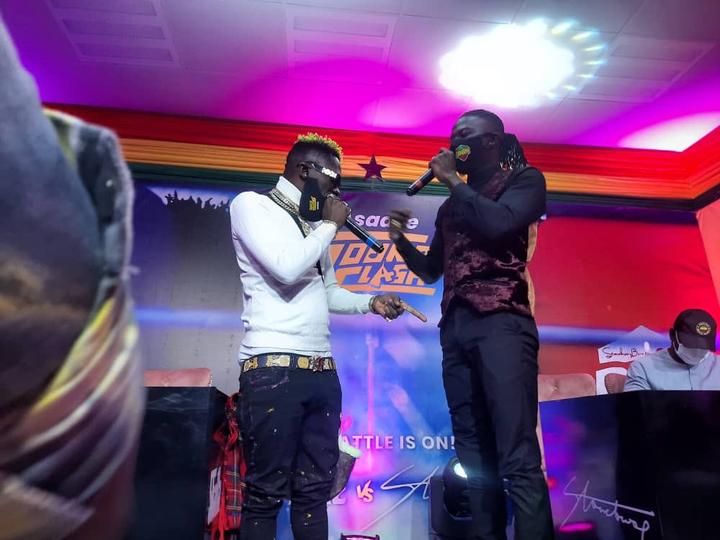 The two dancehall artists met yesterday and the programme began. Fans and viewers were allowed to vote for their favourite artist who they think is the rightful person to carry the day.

I am so glad to announce to you that the two artists did so well yesterday at the Asaase FM premises.

See image of the votes below; 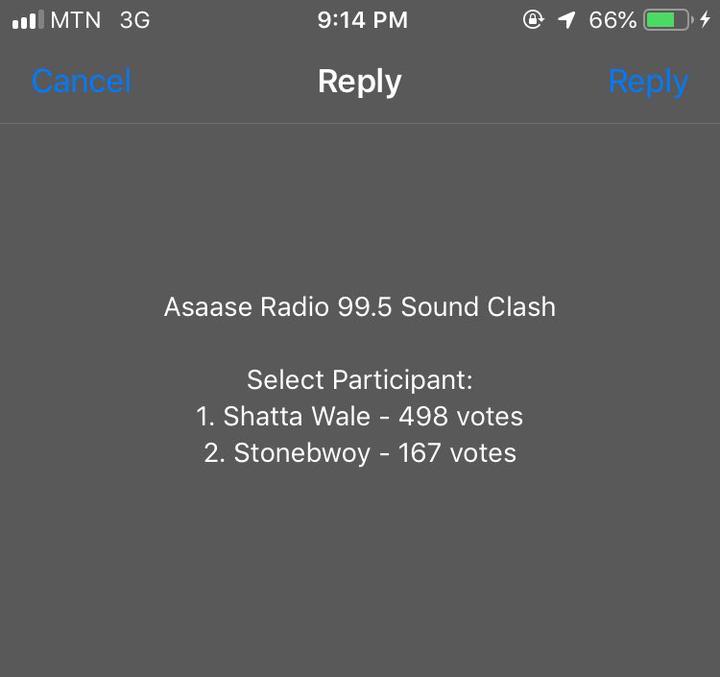 This sparked the attention and eagerness of the Bhim fans to vote for their favoutite artist, Stonebwoy.

At a particular juncture, Stonebwoy carried the show with the highest votes.

See image of the votes below; 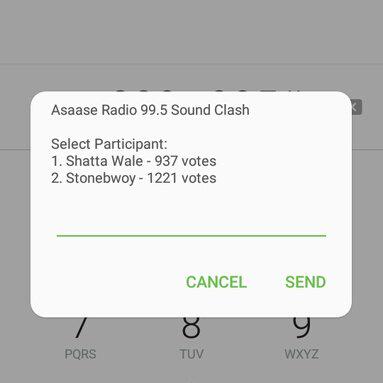 The Ghana Music Industry, i must say has its image raised so high that it has its good name sold to the world. Shattawale in particular has made Ghanaians proud with his collaboration with Beyonce in the “already” afrobeats video.

Bhim Fans and SM Fans should learn a lesson from Shattawale and Stonebwoy’s recent reconciliaton. It is high time the fans come together just like what their favourite artists have done.

Long Live One Gad and One Don!!

Adizonohttp://zackgh.com
This is Yakubu Adizono,a reporter of ZackGh.com . I have passion for blogging, just link up for for a massive promotion of your brand, music, products etc. Call or WhatsApp on +233241128533
Previous articleSomanya University: NDC Claims Party’s Vision Accomplished Amidst Akuffo-Addo Commissioning It
Next articleI’ll Deal With You And Your Father, Samini Mercilessly – Shatta Wale Warns Stonebwoy