The opposition National Democratic Congress, NDC, ahead of the president and of course the governing New Patriotic Party’s decision to commission the University of the Environment and Sustainable Development, UESD, has made a release to reveal that the once vision of the late Prof John Atta mills is accomplished.

The release therefore the good people of Ghana to accord the University as one of the achievements of the big Umbrella party, NDC. 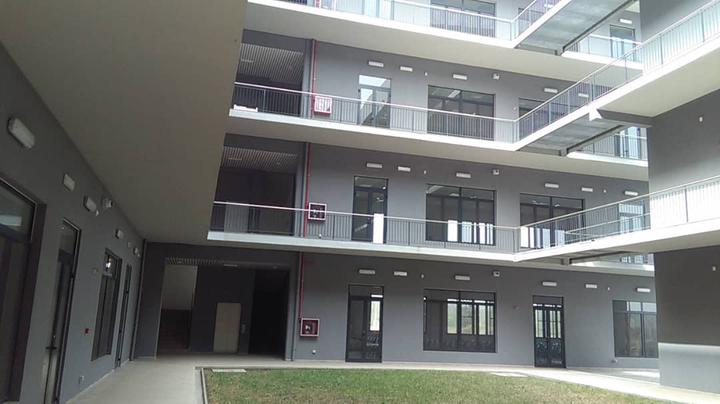 The Yilo Krobo Constituency NDC  as well as the good people of Kroboland are happily informed of the Commisioning of the University of Environment and Sustainable Development (UESD), situated in Somanya in the Eastern Region.

This is because one of the dreams of the NDC has come to fruition. A dream given birth to by Late Prof. J.E.A Mills, carried through and made possible by His Excellency John Dramani Mahama as President, and Prof. Naana Jane Opoku-Agyeman as Minister of Education. A vision by the NDC in making sure that all 10 regions at the time, had Public Universities.

According to the release, the NDC is grateful to His Excellency John Dramani Mahama for his sterling leadership and efforts in obtaining the needed £45m to commence the Project. It also salutes Prof. Naana Jane Opoku-Agyeman, who was instrumental in the project when she served as Minister of Education.

However, NDC is saddened by the fact that, the Project, which should have seen a satellite campus established at Donkorkrom did not materialize because the NPP government decided to take that project to Kyebi, the hometown of Nana Akuffo Addo.

Not withstanding, he NDC minority caucus in Parliament, alerted the general public for spotting the plot by the NPP government to move the main Campus from Somanya. “We cannot end without giving praise to the Chiefs and Youth of Kroboland, who stood their ground with series of Demonstrations which eventually compelled government to stick to the original plan. However, we take note that, there is seemingly a shortfall with regards to the number of building facilities before this Commisioning.” – the release read.

“We wish to remind Nana Akuffo Addo not to re-visit his usual habit of taking credit for what he has no hand in, and to appreciate the efforts of his Predecessor John Dramani Mahama who we celebrate today. To the People of Donkorkrom and environs whose hopes have been dashed, we say a future NDC government will Construct the satellite campus of the same University at Donkorkrom since it is our vision to do so. ” – the statement maintained.

Adizonohttp://zackgh.com
This is Yakubu Adizono,a reporter of ZackGh.com . I have passion for blogging, just link up for for a massive promotion of your brand, music, products etc. Call or WhatsApp on +233241128533
Previous articleAfia Schwarzenegger Shockingly Dumps Mahama – Endorses 4 More For Akufo-Addo Over Free SHS
Next articleLeaked Results Of The Shattawale VS Stonebwoy Clash At Asaase FM

It is only one person who has said something positive since I started this my career In an interview, Ghanaian musician Kuami Eugene, best known...
Read more