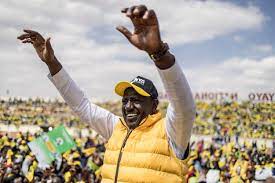 Mr Mahama requested that he bring the people together in order to achieve growth and prosperity.

Indeed, with unity, the nation would make significant development following the election; therefore, Mahama’s call to the newly elected head to stand for Kenya’s unity.

“As the carrier of the Kenyan people’s trust, as validated in a clear, transparent manner by the Supreme Court, now is the moment to unify Kenya’s decent people for ongoing progress and prosperity.” 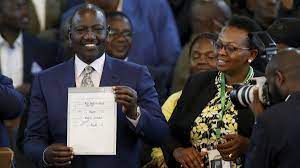 “I am confident that you will fulfill your mandate to the people.” “Wishing you a successful and impactful tenure as President of Kenya,” the National Democratic Congress’s 2020 presidential candidate said in a Facebook post on Tuesday, September 6.

As a result, the court dismissed the claims seeking to invalidate the August 9 election results.

Raila Odinga and others said substantial fraud had occurred, including tampering with results forms.

Next Week, he will be sworn in as the country’s fifth president.

The Hatmanhttp://Zackgh.com
Zack popularly known as The Hatman, is a song writer, blogger, teacher and a business man. Zack is the CEO of Wordswar Technology & Investment, and the owner of Ghanalegendary.com and has passion for blogging just about every interesting topic. Get in touch with the number one Ghanaian promoter on +233244047835 or +233246187160
Previous articleGhanaian actor John Dumelo has debunked rumours that he has died
Next articleFameye accused of defrauding a foreign music band