Partey Will Regret Joining Our Team

Thomas Partey who from Atletico Madrid joined his new club Arsenal have been in recent times criticised by fans of Arsenal football club. 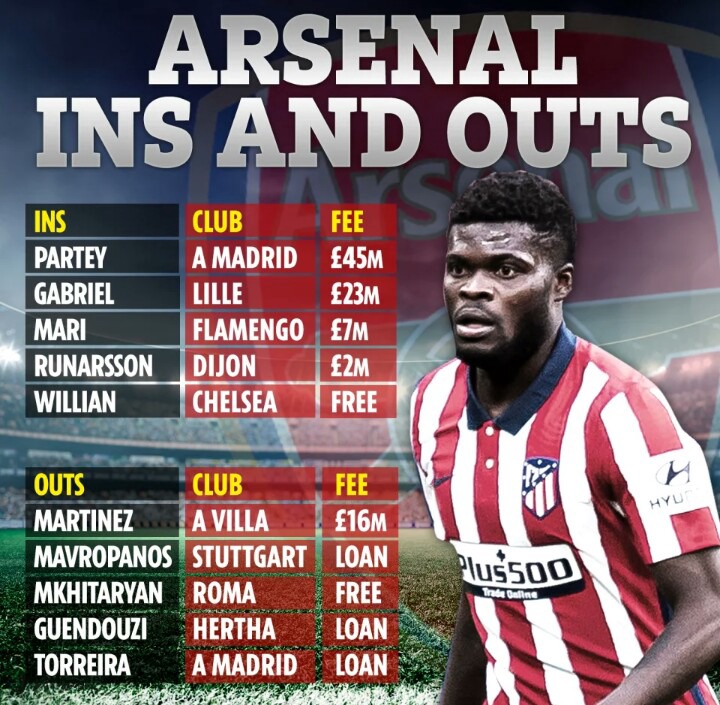 Some fans believe Partey has made a big mistake leaving a club like Atletico Madrid for the Emirates.

Indeed, some even believe he will now end up wasting his prime footballing years like Mesut Ozil and Alexis Sanchez. 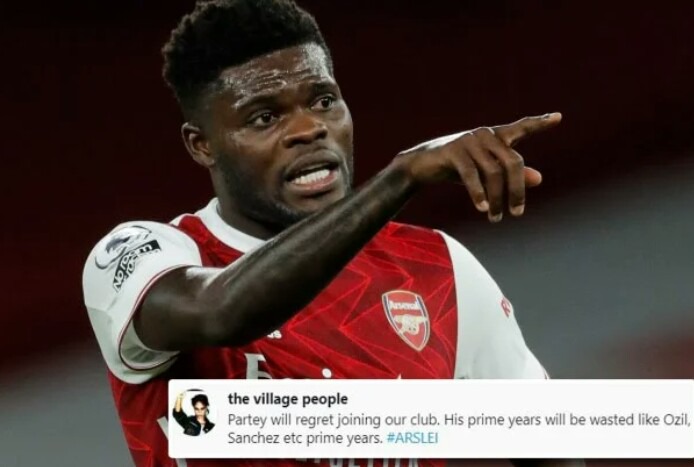 Partey was part of the squard for Sundays game which fans were expecting much from him and his team mates.

The shocking revelation came as a result of Partey failing to secure a win for his new club Arsenal on Sund when a substitute by name James Vardy came from the bench and scored the winning goal for Leicester at the 80 minute.

Some Arsenal fans believe it would have been better for Partey to remain at Altetico Madrid than to join Arsenal and waste his time.

Some fans were of the view that things would have been better for him at Atletico Madrid than Arsenal.

Edrine Yeboahhttp://Zackgh.com
I'm Edrine, popularly known as Edrino Greatness, a Ghanaian sensational blogger with so much passion for blogging. I'm a Team player and can work under any circumstances. I believe in possibilities and can do spirit. You can get in touch with me by contacting me on +233570405064 or Send me a messsage on WhatsApp. @Zackgh.com we publish Articles and also help promote upcoming and mainstream Artistes to upload their songs as well on our page. I leave you with my favorite quote "Every dream is possible and there is nothing one cannot do if you put your mind to it".
Previous articleAbdul Basit Adam joins Medeama
Next articleNews › Politics I’m joining Mahama to rescue Ghana from Akufo-Addo’s mess – Former NPP MP

Ghana Blackstars captain, Dede Ayew is on fire this season as he scored his 15th goal for Swansea City. The team which is currently in...
Read more
Football History

You Will Be Dismissed From The Teaching Profession If You Fail To Do This – GES Sends Strong Warning Ghanaian Teachers Report convened has it...
Read more