Kevin-Prince Boateng on target in Besiktas draw with Trabzonspor

KPB was on target for Besiktas

Kevin-Prince Boateng made it two goals in three Turkish Super Lig games after Besiktas were held to a 2-2 draw by Trabzonspor on Saturday.

The Ghanaian forward had scored on his debut in a 3-0 win over Gaziantep, featuring in every game since then.

The Black Eagles started on the back foot with Alexander Sorloth scoring as early as the fifth minute.

The hosts’ equaliser did not come until the 57th when Boateng scored from close range.

Domagoj Vida made it 2-1 for Besiktas, but Sorloth denied them all three points with his second goal of the evening in the 90th minute.

Boateng played for 78 minutes and was replaced by Tyler Boyd, after providing a total of seven shots including one that hit the woodwork.

Besiktas remain in seventh spot on the log and will next tackle Alanyaspor away from home. 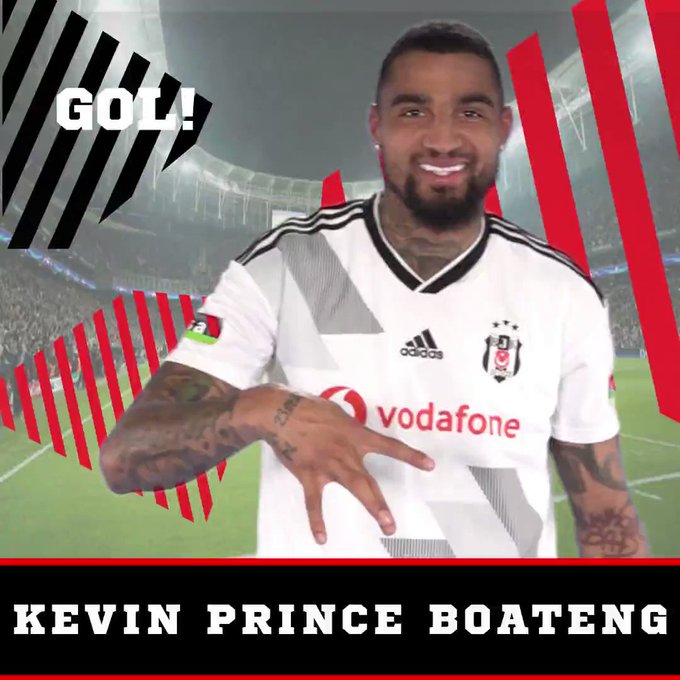 1,667 people are talking about this
Source: Goal.com

The Hatmanhttp://Zackgh.com
Zack popularly known as The Hatman, is a song writer, blogger, teacher and a business man. Zack is the CEO of Wordswar Technology & Investment, and the owner of Ghanalegendary.com and has passion for blogging just about every interesting topic. Get in touch with the number one Ghanaian promoter on +233244047835 or +233246187160
Previous articleWhy Jeremy Doku signed a short term contract with Anderlecht
Next articleCrystal Palace coach reveals Jordan Ayew’s disappointment