The jam featured Zeal formerly known as Lazy from VVIP Group. Zeal is a sensational vocalist who has featured on almost every banger in our recent times. “Hmmhu” his house hold trademark cut across the banger as he graced the song with his own vocal style.

The banger also featured Kofi Kinaata a name that needs no introduction in our world of music. The fante sensation express his prowess by taking the tempo of the song to its apex. The things fall apart hit maker known for his carefully crafted lyrics left no bar bare by doing justice to his verse leaving memories of his lyrics in minds of the listeners.

Due to the amazing performance of the single on the airwaves the hit maker has had interviews on lot of audio and visual platforms. The latest among them was Onua TV and Onua Radio. 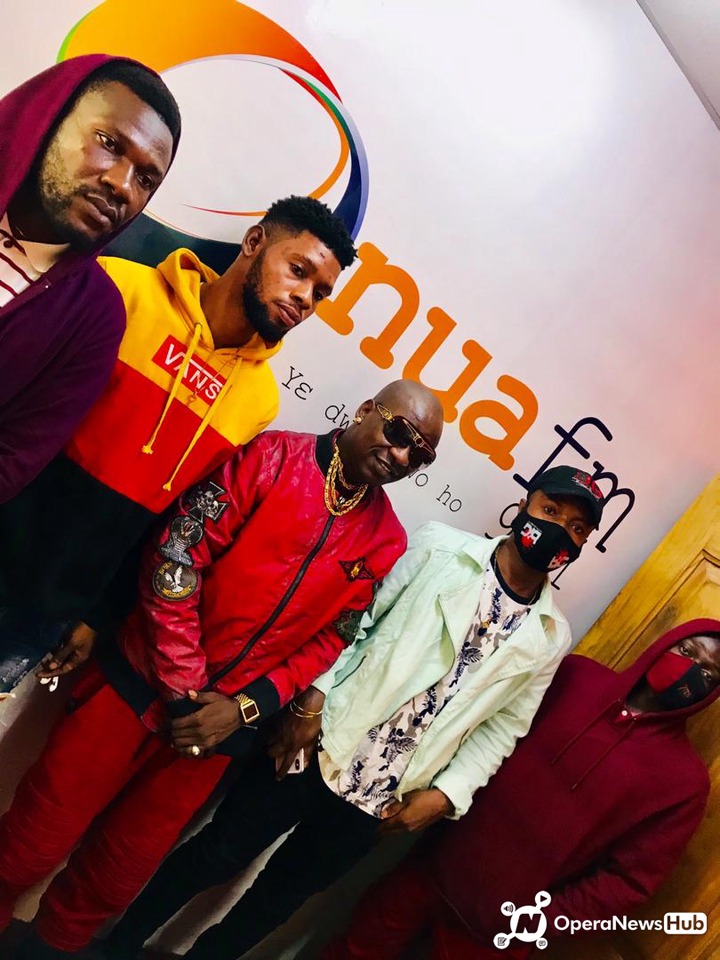 View pictures in App save up to 80% data.

Don Elijah was the guest on the Saturday morning entertainment show enigye mmre. Enigye Mmre is hosted by Christian Agyei Frimpong and produced by Bra Emma.

The stylist was asked lots of questions, for example how far his business as stylist has taken. He took the opportunity to mention some artiste he has styled and costumed in the music industry. He list VIP, Reggie Rock stone, 4×4 just to label a few. He ended by saying some celebrity has been loyal and others too has been very ungrateful.

Dwelling on the positive he mentioned that some of this artiste have been very supportive in his musical career.

He stated that lots off ill utterances has been circulated about the dancehall king shatta wale. But when he dropped his first single shatta was the only artist whom held his back. He heaped praises on the dancehall icon and saluted him for his prowess.

He urged the industry players to kill the spirit of disloyalty in the industry and support each other, in other for the interview to excel.

Watch the interview below:

Zack Agon popularly known as The Hatman, is a song writer, blogger, teacher and a business man. Zack is the CEO of Wordswar Technology & Investment, and the owner of Ghanalegendary.com and has passion for blogging just about every interesting topic. Get in touch the number one Ghanaian promoter on +233244047835 or +233246187160

Celine Bhi To Release Another Banger Titled ‘Eye Wo ya’

Biography of Rapper Celine Bhi & All You Need To Know

Patapaa and Liha Miller Reveals Where They First Met

Amerado’s life in danger As Caller threatens to stab him