Because of high-quality photos of Tupac, some people believe he is still alive; yet, we must ask: Is Tupac Dead or Alive?

Photos of Tupac Amaru Shakur, better known by his stage name 2pac, the late iconic American Hip-Hop musician who is recognised as the G.O.AT. (Greatest Of All Time) in terms of Hip-Hop rap with so many albums and honours to his name, have provoked reactions on the internet.

Many people are still unsure whether the musician is truly dead after being shot many times in Las Vegas, New York, as far back in the 90’s with conflicting descriptions of the occurrence making it impossible for many to know the true facts.

The quality of photos in the 1990s was low compared to today’s photos, but some of Tupac’s photos seen online are almost identical to today’s photos snapped with the likes of Iphone, Samsung, and other powerful phones or cameras, prompting people to wonder if the rapper is truly dead how come his photos are of such high quality. Many believe the photos were taken in the 2000s, implying that the rapper is still alive and hiding somewhere.

Take a look at some of Tupac’s pictures below:

2pac’s Photos and reactions from netizens: 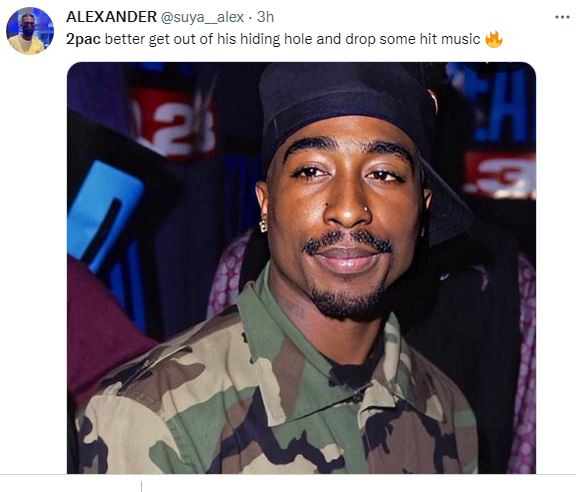 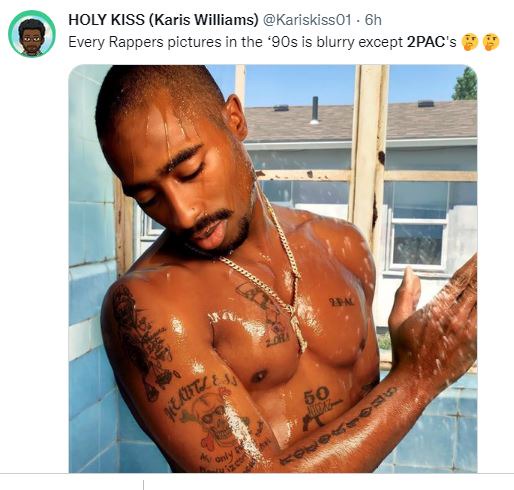 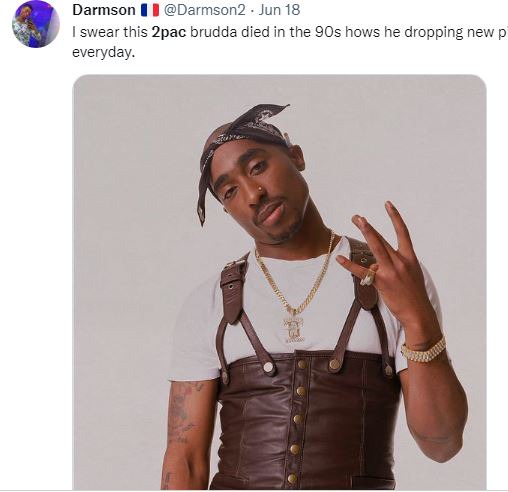 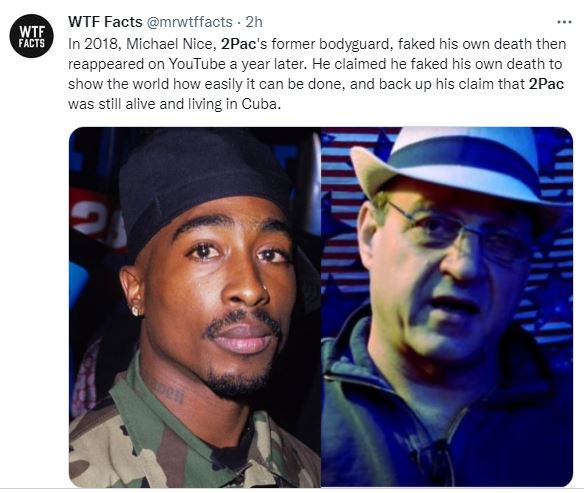 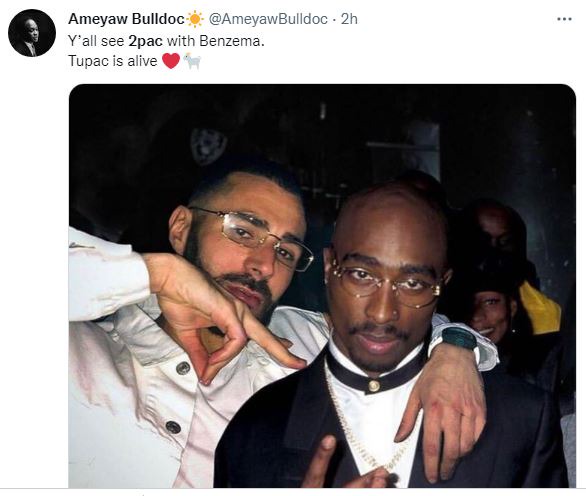 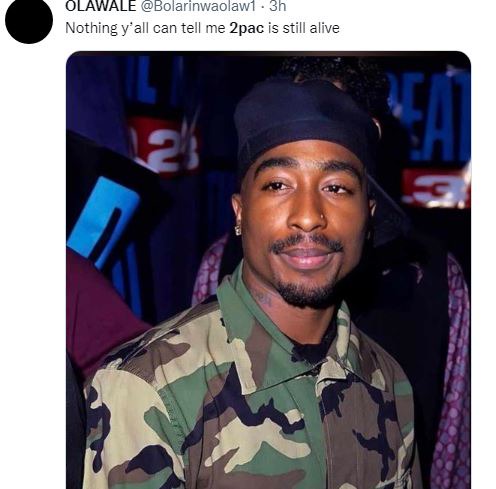 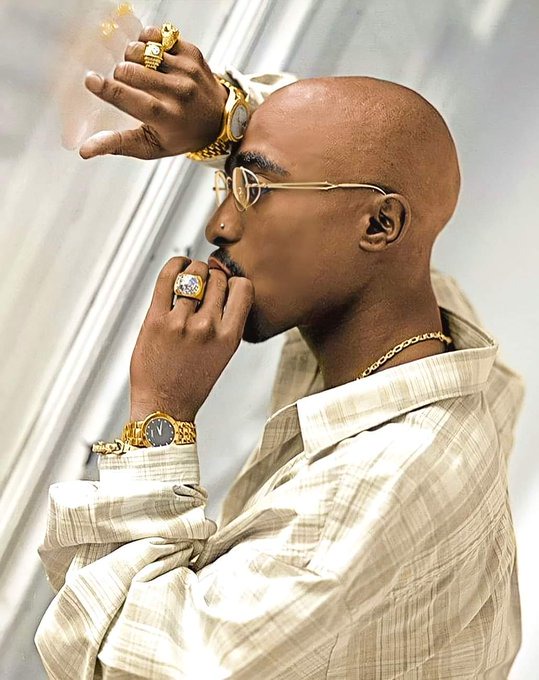 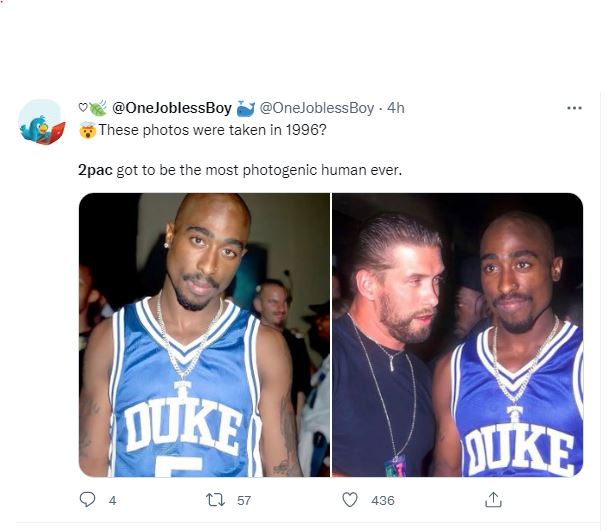 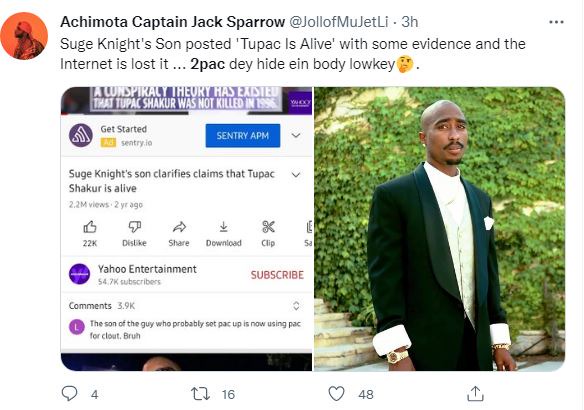 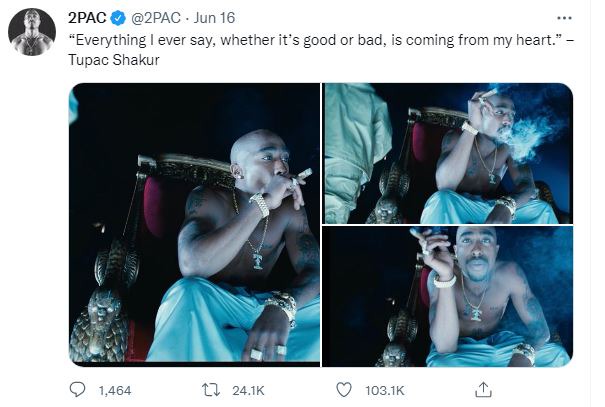 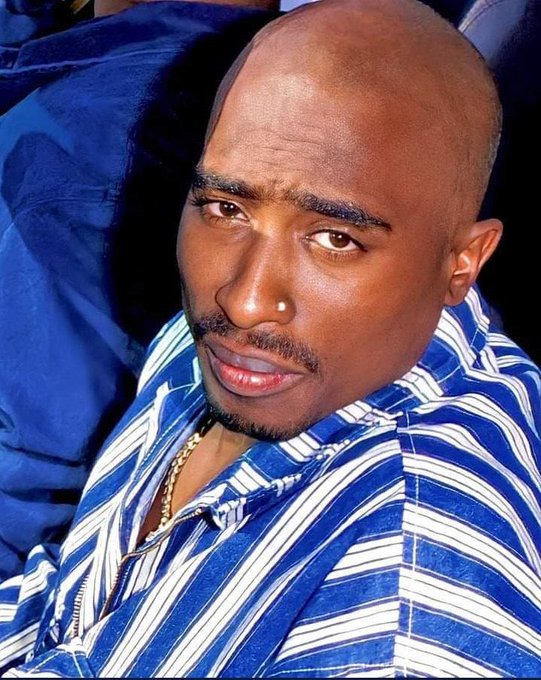 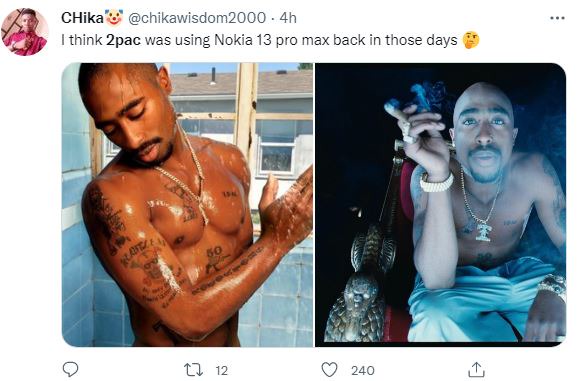 The Hatmanhttp://Zackgh.com
Zack popularly known as The Hatman, is a song writer, blogger, teacher and a business man. Zack is the CEO of Wordswar Technology & Investment, and the owner of Ghanalegendary.com and has passion for blogging just about every interesting topic. Get in touch with the number one Ghanaian promoter on +233244047835 or +233246187160
Previous articleChartered Accountant during the week and a Rabbit Farmer on weekends – Ghanaian accountant shares motivational story
Next articleDOWNLOAD MP3: Shatta Wale Gift of God Full Album Leak (ZIP & MP3 Audio 2022)

Check Out Nana Aba Anamoah's Reactions after AMG Armani Proposes Love To Her Armani, a Ghanaian rapper who is a key member of the Ghanaian...
Read more
Entertainment News

Peru hitmaker, Fireboy DML billed to perform at BET Awards in Los Angeles Nigerian musician who is the composer of two of the best and...
Read more
Celebrity Lifestyle

Musician Kweku Darlington is seeking for prayers after being hospitalised