As the war between Russia and Ukraine develops, with Russia shelling Ukraine, the world has become concerned for Ukraine, particularly for the innocent civilians, some of whom never imagined their lives to be turned upside down by this war, with their beloved nation becoming a war-torn zone. Several people have fled Ukraine, while others have been rendered homeless and in total misery; families are weeping over the loss of relatives; children, including infants, are dying; and, in response to this tragic event triggered by Putin and his Russian forces, several companies, including Netflix, have suspended their operations in Russia.

Netflix has become the latest corporation to cease all services in Russia in response to Russia’s invasion of Ukraine. 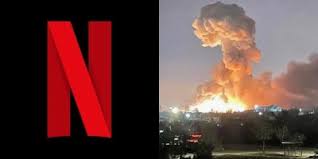 “Given the circumstances on the ground, we have decided to suspend our service in Russia,” a Netflix spokesperson said in a statement.

The news follows Netflix’s refusal to comply with a Russian rule requiring large streamers to play Russia’s propaganda channels, including NTV, which was announced last week. Netflix also said it would suspend all Russian acquisitions and productions, including any Russian Netflix originals it was working on previously. According to a report by CNBC, Netflix has 1 million Russian customers (PDF). 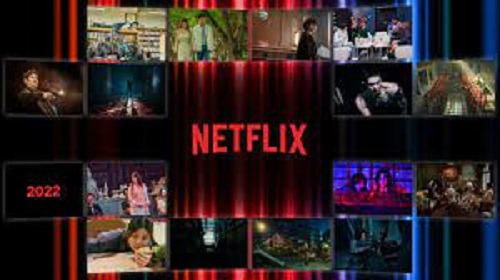 Netflix is far from the only corporation that has decided to leave Russia. Warner Bros. revealed last week that it was delaying the premiere of The Batman in Russian theaters. In Russia, Disney has likewise put a halt to its theatrical releases. Turning Red, the latest Pixar animated film, was set to premiere in the country on March 10. TikTok has also declared that all uploads and livestreams from Russia will be paused.   Russia-Ukraine War: Netflix has also suspended its operations in Russia

The Hatmanhttp://Zackgh.com
Zack popularly known as The Hatman, is a song writer, blogger, teacher and a business man. Zack is the CEO of Wordswar Technology & Investment, and the owner of Ghanalegendary.com and has passion for blogging just about every interesting topic. Get in touch with the number one Ghanaian promoter on +233244047835 or +233246187160
Previous articleVladimir Putin-War: Social Media giant, TikTok has stopped operating in Russia
Next articleSmart-Looking Ghanaian actor, Adjetey Anang gives free tutorial on how to make a TikTok video

"A direct confrontation between NATO and Russia is World War III" - US president, Joe Biden The conflict between Russia and Ukraine has intensified to...
Read more
News

Tallest Building in the world, Burj Khalifa in Dubai lighted up in Ghana colours

Tallest Building in the world, Burj Khalifa in Dubai lighted up in Ghana colours The Burj Khalifa, known as the Burj Dubai prior to its...
Read more
World Business News