Former president John Mahama’s claim to fame in Ghana’s politics was seen as a miracle by some Ghanaians. The astute journalist who is now on exile,Manasseh Awuni Azure has revealed that at a point in time John Mahama wanted to quit politics . 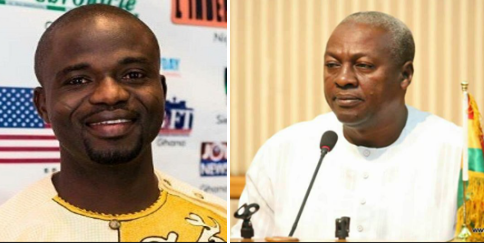 Manasseh Awuni Azure is the author of a best selling book named “The fourth John”. His book reveals the sudden rise and fall of the proud son of Gonjaland ,John Mahama.

In the late hours of yesterday, after the NDC has finished with the outdooring of Jane Naana Opoku Agyemang as John Mahama’s running mate, Azure took to his facebook wall and released another bombshell on Mahama’s candidacy. 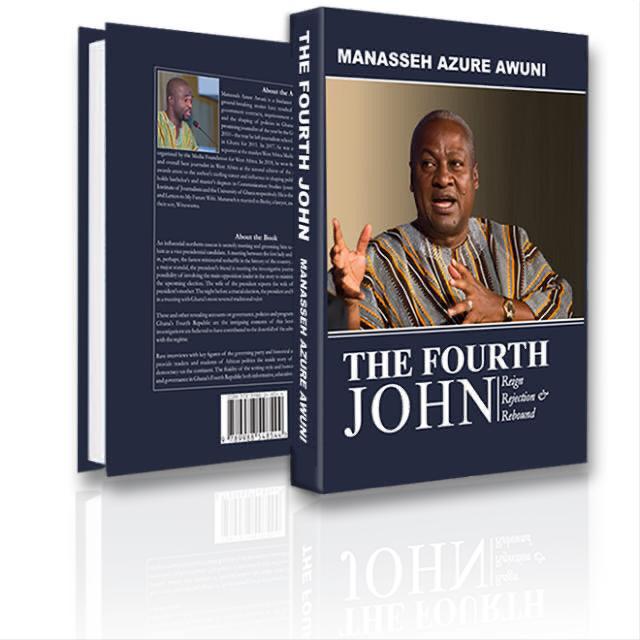 In his revelation ,he said that in 2004 John Mahama decided not to contest as the parliamentary candidate for West Gonja. The Northern caucus of the NDC at that time have decided to nurture him to contest as a president candidate in subsequent years.

According to Manasseh’s revelation, John Mahama decided to find a life outside politics since he had the feeling that he has done his part in serving mother Ghana.

Below is the image of Manasseh’s revelation on John Mahama. 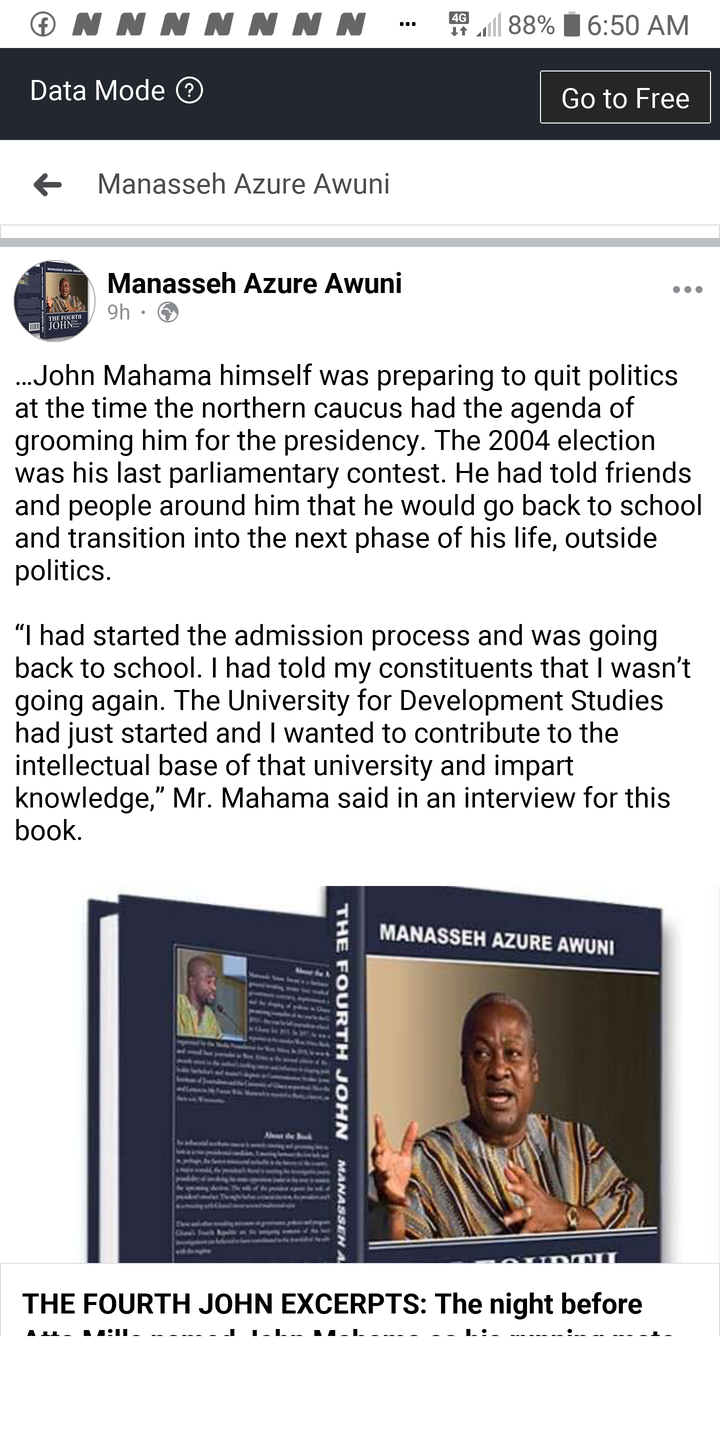 Do you agree that John Mahama should have been off the Ghanaian political space by now?

Adizonohttp://zackgh.com
This is Yakubu Adizono,a reporter of ZackGh.com . I have passion for blogging, just link up for for a massive promotion of your brand, music, products etc. Call or WhatsApp on +233241128533
Previous articleFire Quenched As Kelvyn Boy And Wendy Shay Work On A Song
Next articleStonegal Re Sings Stonebwoy’s Putuu Without Missing A Single Gibberish Word

NDC Will Do Better If We Retain John Mahama For 2024 - Alfred Okoe Vanderpuije The Member of Parliament for Ablekuma South Constituency and former...
Read more
Politics

Urgent: All SHS 3 Students Should Take Note Of This Information

Urgent:All SHS 3 students should take note of this information. You are blessed for clicking on this article.Please kindly tap on the +follow buttom to...
Read more
News

I am expecting another set of twins – Funny Face

BREAKING: Billy Gilmour tests positive for Covid-19 and will miss game against Croatia