A US daredevil pilot has been killed during an attempted launch of a homemade rocket in the Californian desert.

A video on social media shows a rocket being fired into the sky before plummeting to the ground nearby.

Hughes was well-known for his belief that the Earth was flat. He hoped to prove his theory by going to space.

Saturday’s launch was reportedly filmed as part of Homemade Astronauts, a new TV series about amateur rocket makers to be aired on the US Science Channel. The project had to be carried out on a tight budget.

With the help of his partner Waldo Stakes, Hughes was trying to reach an altitude of 5,000ft (1,525m) while riding his steam-powered rocket, according to Space.com.

In the video of the launch, a parachute can be seen trailing behind the rocket, apparently deployed too early, seconds after take-off.

In a tweet, the Science Channel said Hughes had died pursuing his dream.

Michael ‘Mad Mike’ Hughes tragically passed away today during an attempt to launch his homemade rocket. Our thoughts & prayers go out to his family & friends during this difficult time. It was always his dream to do this launch & Science Channel was there to chronicle his journey 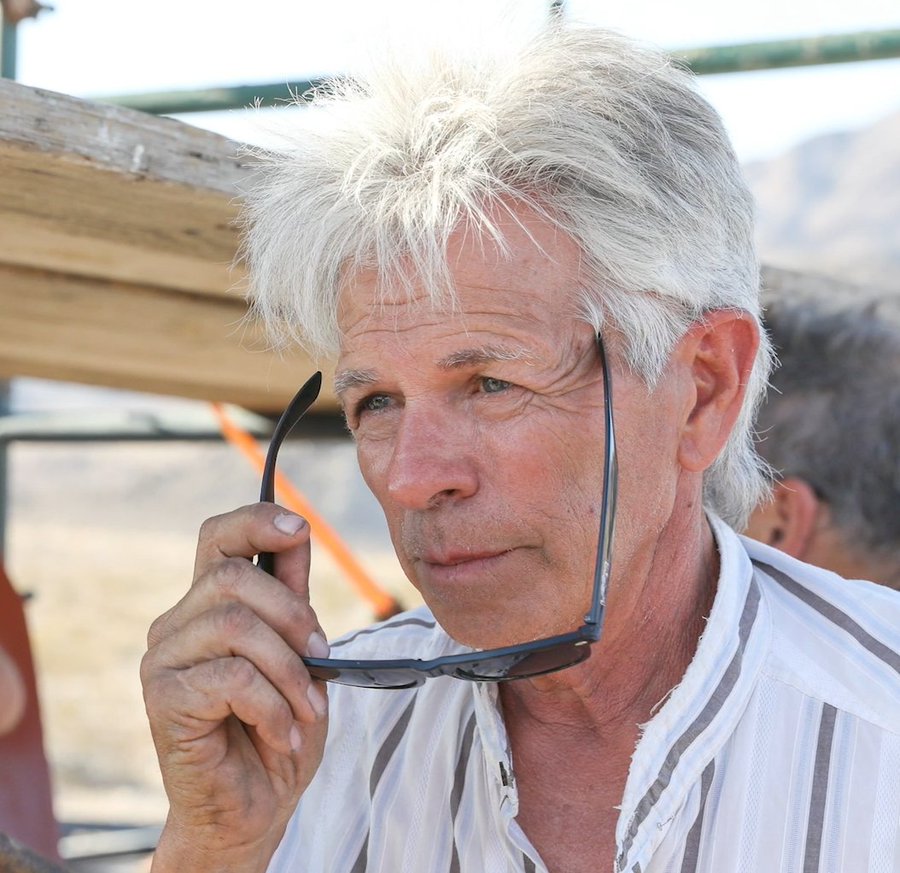 1,475 people are talking about this

San Bernardino County Sheriff’s Department said its officers were called to a rocket launch event at around 14:00 local time (22:00 GMT) on Saturday.

The sheriff’s office said “a man was pronounced deceased after the rocket crashed in the open desert”. Hughes’ publicist confirmed to US media outlets that it was the pilot who had been killed.

Darren Shuster, a former representative for Hughes, told TMZ the daredevil was “one-of-a-kind”.

“When God made Mike he broke the mould. The man was the real deal and lived to push the edge. He wouldn’t have gone out any other way! RIP” he said.

The rocket uses steam ejected through a nozzle for propulsion.

The daredevil, who lived in Apple Valley, made headlines internationally when he announced his intention to prove his theory that the Earth was flat.

In March last year, Hughes managed an altitude of 1,870ft (570m) before deploying his parachutes and landing with a bump.

Speaking afterwards, Hughes said: “Am I glad I did it? Yeah, I guess. I’ll feel it in the morning. I won’t be able to get out of bed. At least I can go home and have dinner and see my cats tonight.”

He set a Guinness World Record in 2002 for the longest limousine jump – over 31 metres (103 ft) in a Lincoln Town Car stretched limo.

The Hatmanhttp://Zackgh.com
Zack popularly known as The Hatman, is a song writer, blogger, teacher and a business man. Zack is the CEO of Wordswar Technology & Investment, and the owner of Ghanalegendary.com and has passion for blogging just about every interesting topic. Get in touch with the number one Ghanaian promoter on +233244047835 or +233246187160
Previous articleFormer Egyptian president Hosni Mubarak dies at 91
Next articleWizkid is a legend who understands his generation – 2face

"A direct confrontation between NATO and Russia is World War III" - US president, Joe Biden The conflict between Russia and Ukraine has intensified to...
Read more
News

Tallest Building in the world, Burj Khalifa in Dubai lighted up in Ghana colours

Tallest Building in the world, Burj Khalifa in Dubai lighted up in Ghana colours The Burj Khalifa, known as the Burj Dubai prior to its...
Read more
Tech

Russia-Ukraine War: Netflix has also suspended its operations in Russia As the war between Russia and Ukraine develops, with Russia shelling Ukraine, the world has...
Read more