Due to the unbearable effects of heavy rainfall across Egypt, schools and universities have been forced into emergency closure.

According to reports from the BB, the heavy rainfall which began very early on Monday morning left many key roads flooded with massive traffic jams.

The Egyptian Meteorological Authority forecast that many parts of the country would continue to be hit hard by three-days of unstable weather, Xinhua added.

Social media users have shared photos and videos showing the effects of the rain: 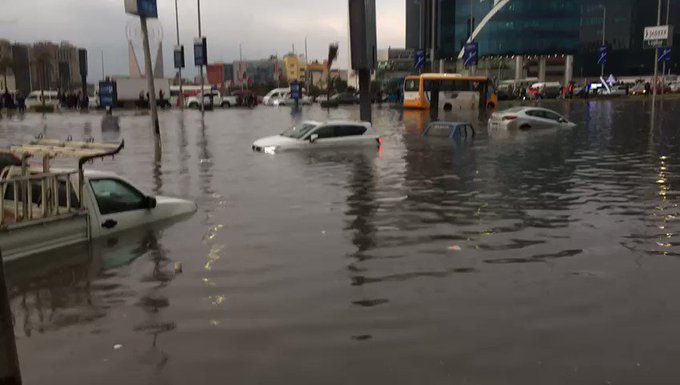 The Hatmanhttp://Zackgh.com
Zack popularly known as The Hatman, is a song writer, blogger, teacher and a business man. Zack is the CEO of Wordswar Technology & Investment, and the owner of Ghanalegendary.com and has passion for blogging just about every interesting topic. Get in touch with the number one Ghanaian promoter on +233244047835 or +233246187160
Previous articleDeontay Wilder’s girlfriend tells him to fight Tyson Fury again
Next articleYaa Asantewaa Ashanti Warrior Queen (Queen Mother of Ejisu)

Shocking video of Baba Spirit predicting his own death before he died 'My colleagues have attempted multiple Juju to finish me, and I would die...
Read more
Social Media Trends