Nana Kwame Bediako, a Ghanaian businessman and real estate developer, has responded to the Bank of Ghana, claiming the central bank has more pressing concerns, such as resolving the cedi’s depreciation, than worrying about the “Freedom Coin,” which has yet to be launched. 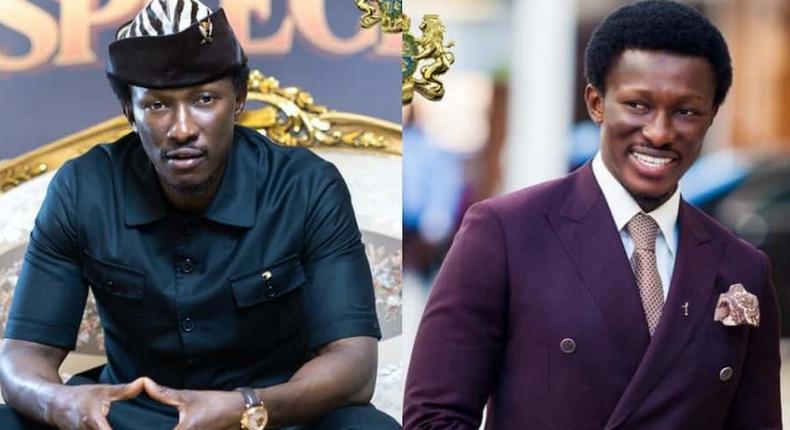 “Good morning Ghana our cedi is depreciating almost 8 cedis to a dollar. I think the Bank of Ghana has more to worry about than a Freedom coin that’s not even launched. 🤩”

His remarks follow the BoG’s announcement on Wednesday, March 9 about the yet-to-be-released digital currency.

The Central Bank’s Secretary, Sandra Thompson, issued a press release warning Ghanaians to avoid dealing with the cryptocurrency since it has not been approved for use in the country’s financial system.

“The Bank of Ghana has been made aware of the upcoming launch of a cryptocurrency known as “Freedom Coin.” The public is hereby advised that neither this cryptocurrency nor the promotional company has received permission from the Bank of Ghana to operate in the banking and payment sectors,'” the warning stated.

Furthermore, the BoG reiterated in the statement that it has not sanctioned the usage of any cryptocurrency in the country, and that individuals trading in cryptocurrencies do so at their own risk.

“Crypto currencies such as Bitcoin are not regulated under any laws in Ghana, and are therefore not backed by any guarantees or safeguards.”

“The general public” is therefore admonished “to exercise caution in respect of crypto currency transactions.”

According to the Apex Bank, this directive is in agreement with notice NO.BG/GOV/SEC/2018/02, which it issued on 22nd January, 2018. The notice can be found on the Bank’s website.

To conclude, the bank directed “all licensed institutions including banks, specialized deposit-taking institutions, dedicated electronic money issuers and payment service providers to refrain from facilitating cryptocurrency transactions via their platforms or agent outlets.”

The Hatmanhttp://Zackgh.com
Zack popularly known as The Hatman, is a song writer, blogger, teacher and a business man. Zack is the CEO of Wordswar Technology & Investment, and the owner of Ghanalegendary.com and has passion for blogging just about every interesting topic. Get in touch with the number one Ghanaian promoter on +233244047835 or +233246187160
Previous articleCall by Iyanya Ft Ayra Starr Download Mp3
Next articleBeautiful Ghanaian Tv host, Jocelyn Dumas turns Twitter upside down

Meet the hardworking 24-year-old student who farms to help pay for his university education. Agriculture, as it is known, is the planting and rearing of animals...
Read more
World Business News

Exchange rate bout: US Dollar sadly punches Ghanaian cedi down at 1:7.8 score on 5th March 2022 The way the US dollar has been hammering...
Read more