Big Momma Queen of The Kitchen, CJ Biggerman features his mother as she raps well more than many rappers

Big Momma Queen of The Kitchen, CJ Biggerman features his mother as she raps like a profesional rapper to commemorate mother’s day.

CJ Biggerman, a young Ghanaian heavyweight rapper, has done something unusual in the rap game by featuring his own mother on his latest song, and she raps hard with bars after bars like a mainstream rapper. 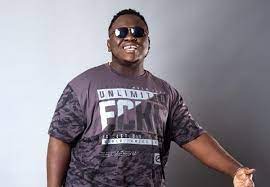 “Queen of The Kitchen” as she crowned herself in the rap verses she flows in the video below, is not “Your Usual Momma,” as she added, has wowed many fans of the versatile Ghanaian rapper to the extent that the video has received a massive retweet and likes following its release on Twitter.

Yo my mum dey Rap Damn!!! Check this out guys. #Bigmommabycjb #HappyMothersDay pic.twitter.com/qV4QJRaaOb

The Hatmanhttp://Zackgh.com
Zack popularly known as The Hatman, is a song writer, blogger, teacher and a business man. Zack is the CEO of Wordswar Technology & Investment, and the owner of Ghanalegendary.com and has passion for blogging just about every interesting topic. Get in touch with the number one Ghanaian promoter on +233244047835 or +233246187160
Previous articlePaul Pogba rejects move to Manchester City
Next articleCamila Cabello to headline Champions League final Opening Ceremony