The 38-year-old music label based in Manhattan, New York City, that specialises primarily in hip hop, took to social media to share a Stonebwoy flyer with the Def Jam Records sign printed on it, indicating a working agreement between the label and the management of the multiple award-winning Reggae-Dancehall artiste from Ghana. 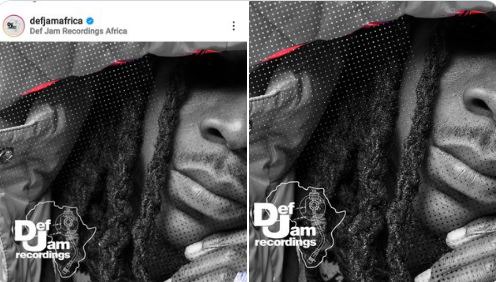 Other African artists signed to the label include Nasty C, Casper Nyovest, and others. The label also focuses on current R&B, soul, and pop. The label has a London-based UK arm called 0207 Def Jam, which is currently managed by EMI Records.

The Hatmanhttp://Zackgh.com
Zack popularly known as The Hatman, is a song writer, blogger, teacher and a business man. Zack is the CEO of Wordswar Technology & Investment, and the owner of Ghanalegendary.com and has passion for blogging just about every interesting topic. Get in touch with the number one Ghanaian promoter on +233244047835 or +233246187160
Previous articleNot Dead! Raiola react on Twitter: Pissed off second time in 4 months they kill me
Next articleMove On by AK Songstress Download MP3